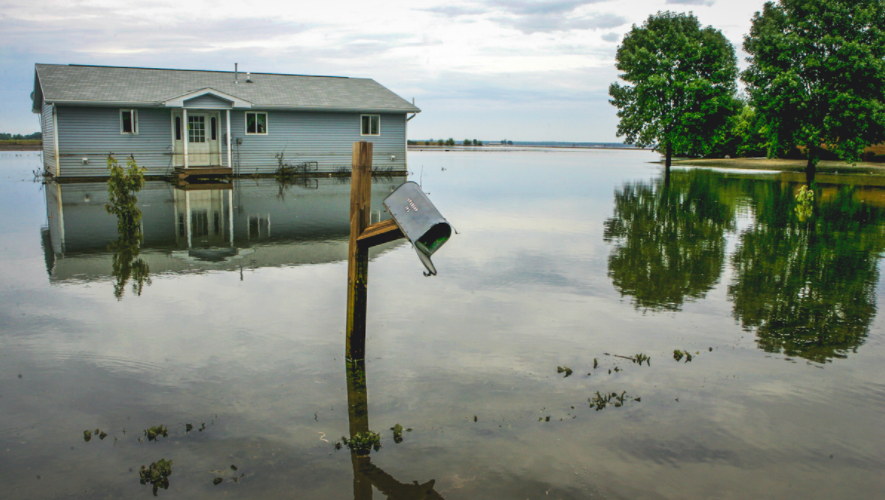 An unprecedented news release on Canada Day showed the glaring impacts of our unfolding climate catastrophe, the swollen Little Saskatchewan River in western Manitoba is threatening to break its dam at the town of Rivers. Record-breaking rain — 200 mm in three days — has caused evacuations downstream as engineers say the dam’s integrity is uncertain.

This is the second emergency caused by rainfall this summer in Manitoba. Less than a month ago, the town of Gardenton was inundated with 152 mm of rain which caused roads to wash out, homes to flood, and crops to be lost. More than 150 applications for provincial Disaster Financial Assistance were made before this new extreme rainfall in western Manitoba over the past week.

Climate change from runaway fossil fuel emissions is causing heavier rainfall events. Warmer air holds more moisture while changes in the jetstream are causing weather systems to move more slowly across the landscape. Extreme flooding is the outcome. These events are costly and disruptive — and caused by us. As noted climate researcher Michael Mann put it when he testified to the US Congress. “climate change is pain. Anyone who tells you differently is selling something — most likely fossil fuels.”

The pain for Manitobans will continue to grow until we’ve conquered our emissions problem and to do that we have to name the problem. There is a role for everyone in this fight, and we really have no option but to undertake it [them].

The Manitoba government, just like most governments around the world, are dragging their feet on climate, and not listening to the scientists. Against this inaction, we saw 15,000 people take to the streets in September asking for climate action in Winnipeg. It was the largest rally in decades. There is no excuse for our elected officials not acting.

In the coming months, the Climate Action Team will publish the Manitoba Community Climate Action Plan, a living document highlighting paths we must take to eliminate carbon emissions while taking care of ourselves. Transportation, housing, agriculture, wilderness, and energy can and must be transformed.

We know how to win this fight, and build a safe and equitable future for ourselves. But we first need to name the battle and engage.